A new seasonal update is on its way. Meanwhile, to make the wait feel shorter, we have launched a special PvE event and Ranked Matches season that offers exceptional rewards. In the current season, you will be gaining weapons from playing cards series, boxes with the Carved Bone Balisong Knife and other memorable items for reaching certain leagues. And don't forget about increased rewards for matches to progress faster!

By completing PvE missions on the Hard difficulties, you'll be getting Stoner LMG A1 boxes. Thus, you'll have a chance to win a permanent regular or even golden version of this great weapon.

Please note: Special Operations won’t award you this box. The event is active only for regular PvE missions on Hard difficulties.

In order to advance between leagues, you need to win consecutive matches. As you climb higher, you will have to display better prowess, flexibility and persistence. At the same time, you won’t drop down instantaneously if you happen to lose — you will have a chance to recover by winning a series of matches. If you fail to use this opportunity and continue to lose, you’ll roll back to the previous league. 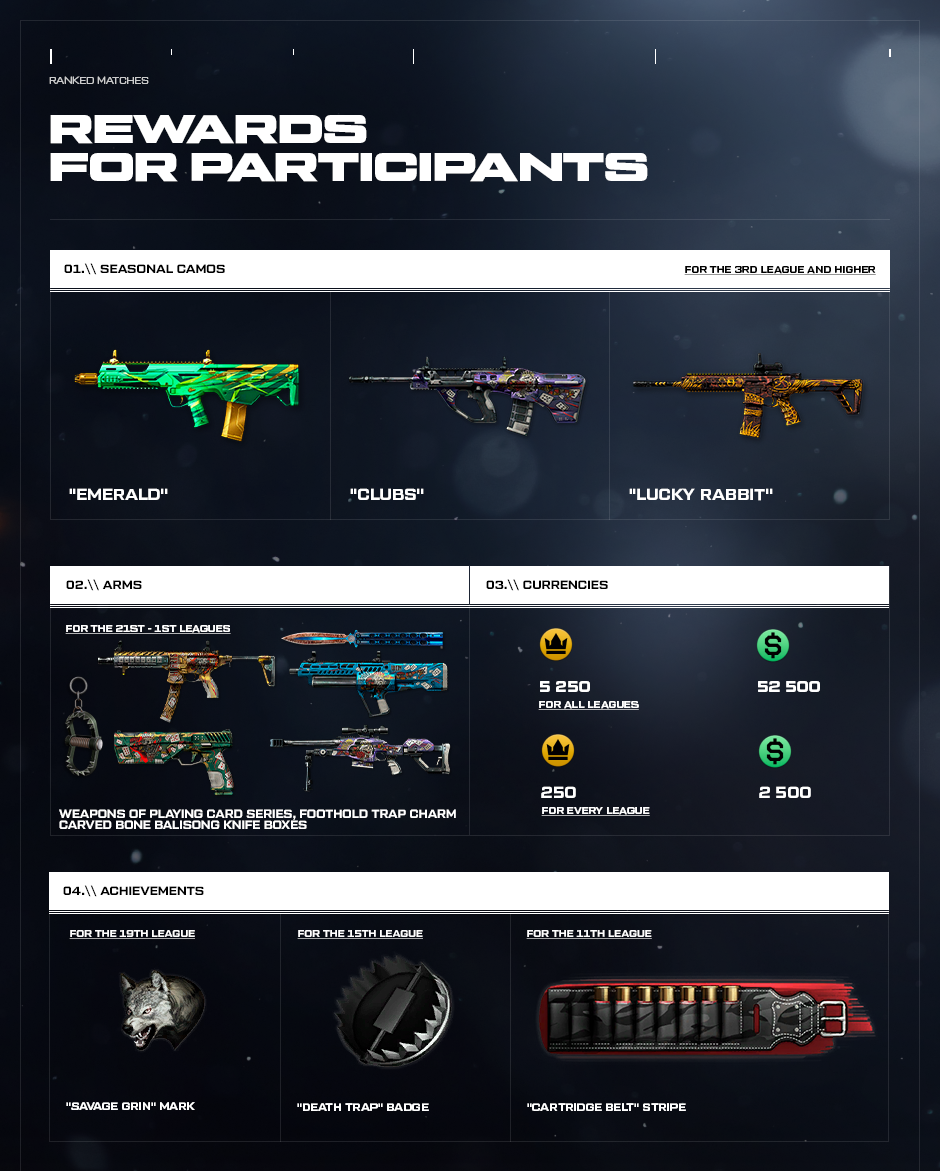