The winter season offers a new reworked Battle Pass, contracts for the "Snowstorm" gear, four new weapon models and a weapon series that are already available in the Battle Pass!

Main novelties of the season

Get ready to dive into the new Battle Pass!  First of all, we tried to make it easier to start the Battle Pass and speed up the progress at the initial stage. Now, you can reach level 30 and open contracts much faster.

It's an improved version of the good old assault rifle favoured by many. The weapon has received good combat specifications and will compete with the M4A1 Custom, AK-15 Custom and KAC PDW. The new arm boasts high damage multipliers to the body and limbs, a reasonable rate of fire and excellent damage. In addition, the assault rifle offers high accuracy and comfortable recoil, which increases the comfort and efficiency of long-range combat. 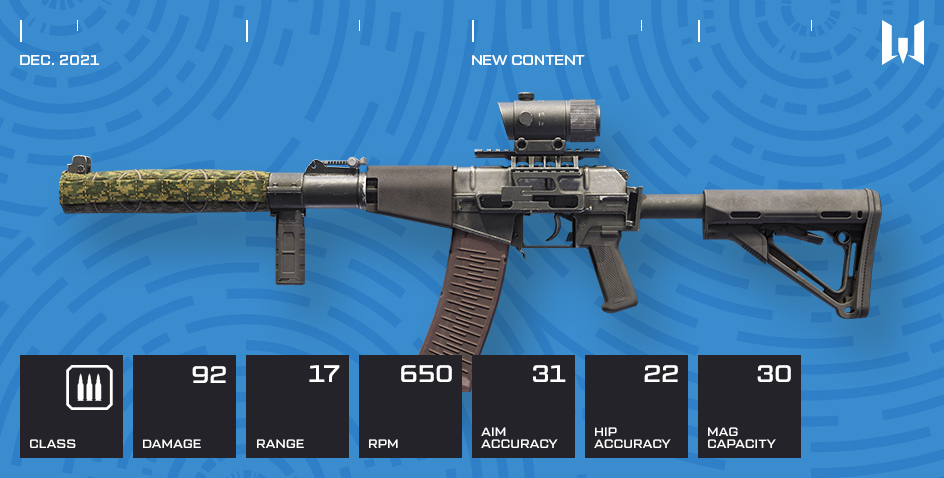 The MC 255 12 Custom is an updated version of the old legend MC 255 12. The new gun boasts excellent damage, the highest range among Medic weapons and fast reloading. The arm is perfect for precise shooters since the combination of its advantages is set off by a low rate of fire and a drum taking only five rounds. 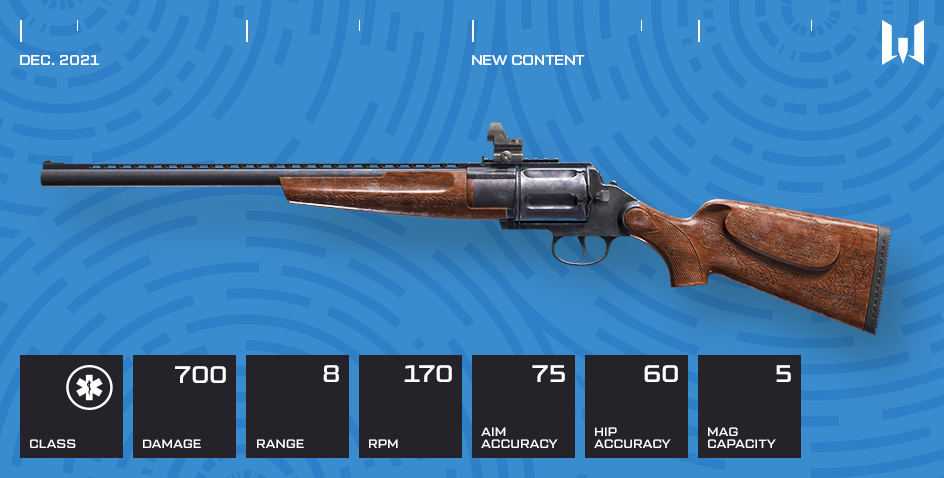 It's an improved version of the H&K UMP. The new item has weak recoil, high basic and minimum damage, fast reloading, and increased damage multipliers to the head and limbs. Thanks to its serious damage and increased multipliers, the submachine gun allows its owner to kill enemies in the head even at medium range! The weapon will appeal to fans of well-aimed headshots and will become a decent competitor to the players' all-time favourite AMB-17. 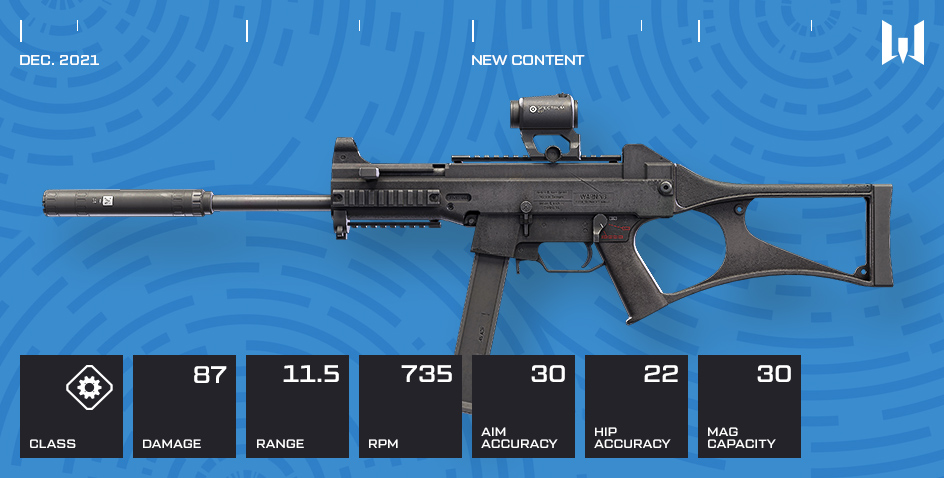 The AMP DSR-1 Custom is an updated version of the AMP DSR-1. The new arm has improved looks and enhanced specs compared to the regular version. It sports high damage, increased damage multipliers to the body and limbs, fast aiming, and an excellent rate of fire. 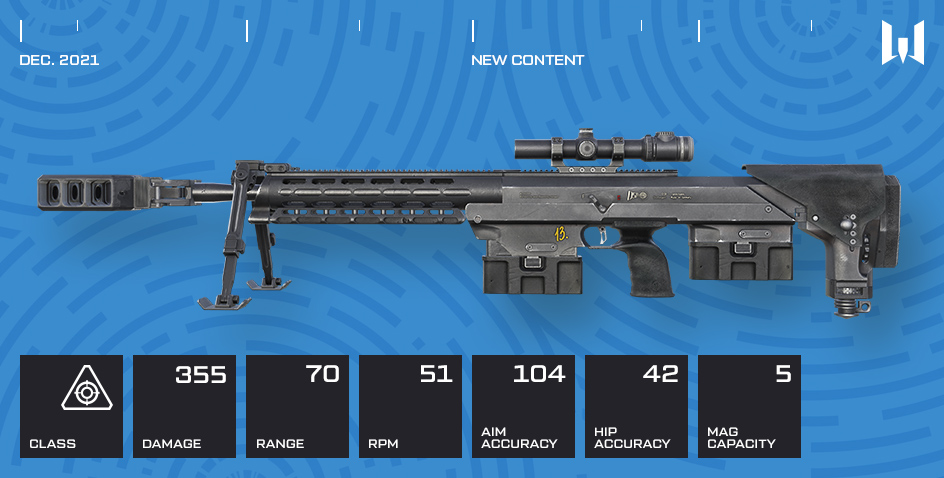 The weapon is already available in the seasonal Battle Pass shop.

Take control of the elements! With the new weapons, you will be able to withstand the onslaught of any opponents, and the cold steel of the models will help to harden the will and repel the enemy's attack without turning a hair. 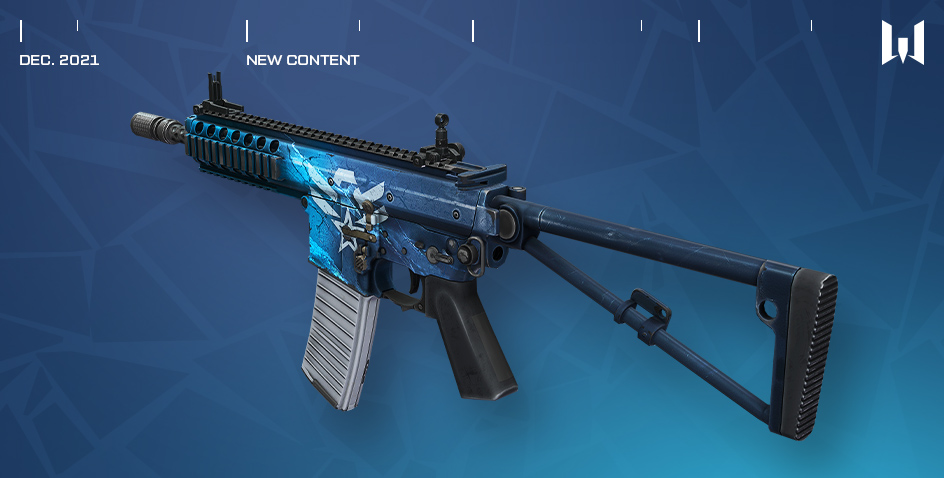 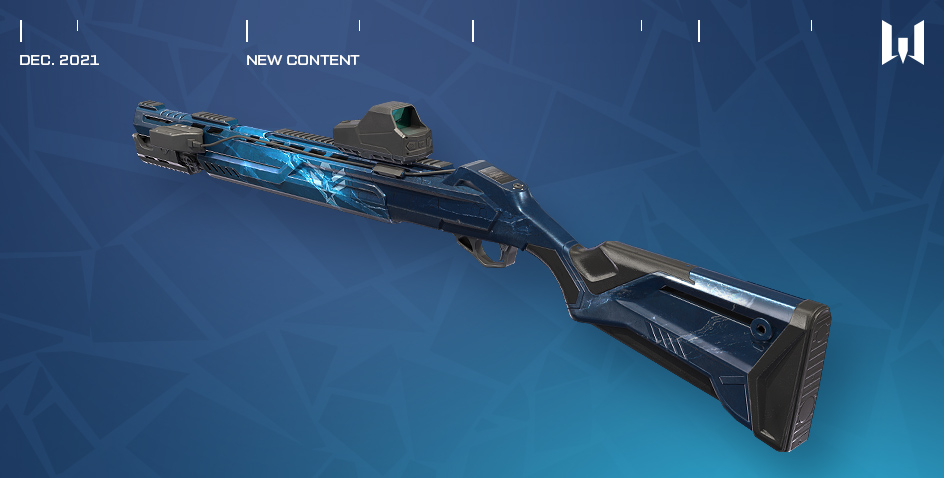 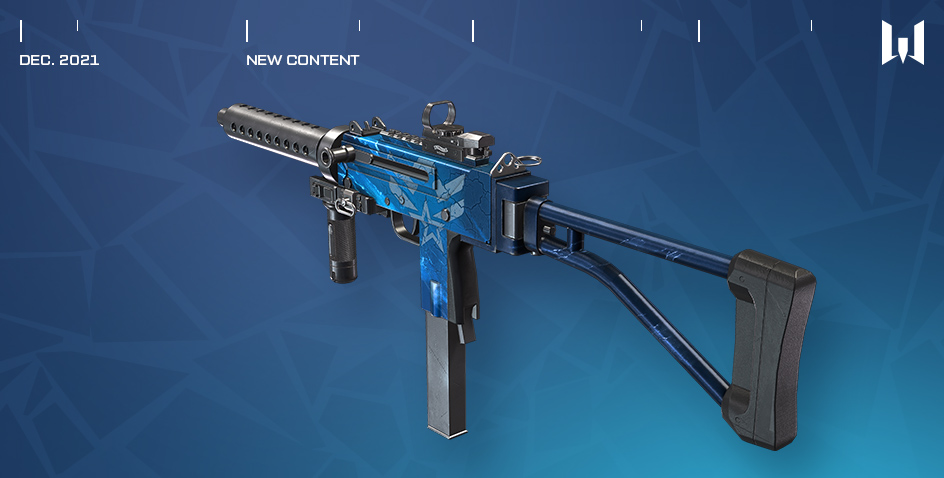 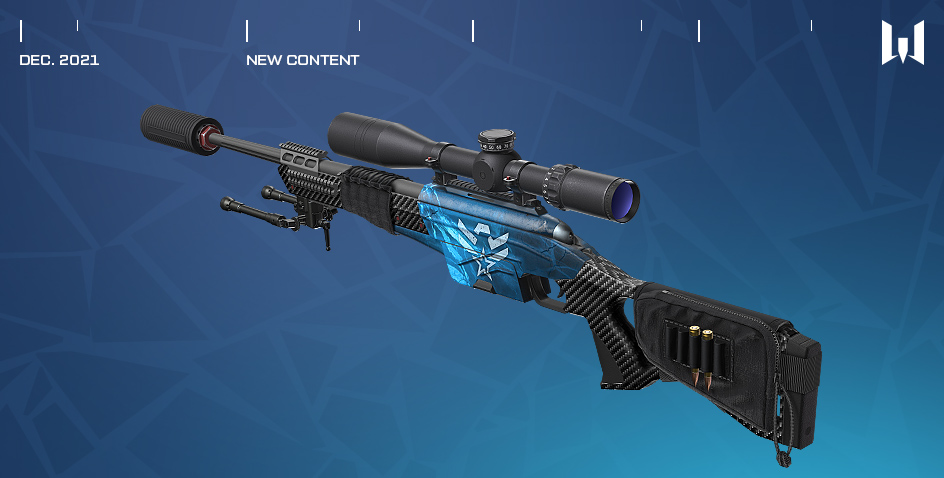 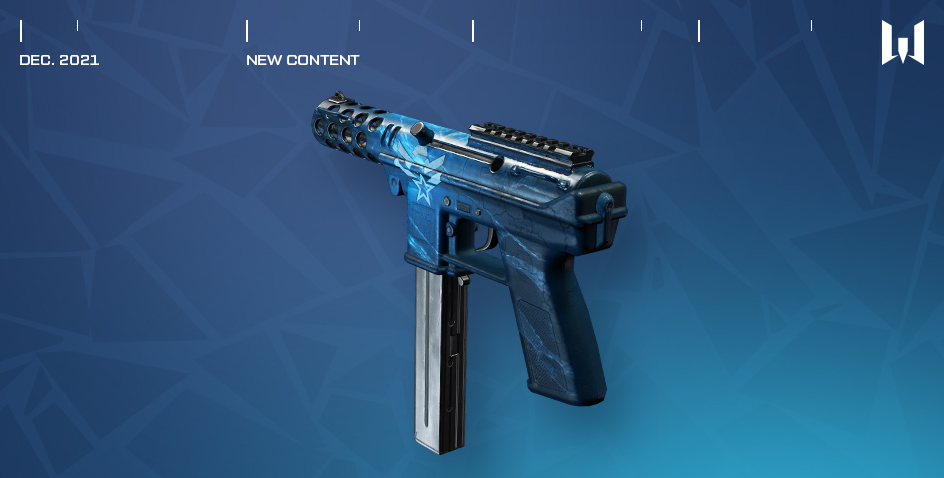 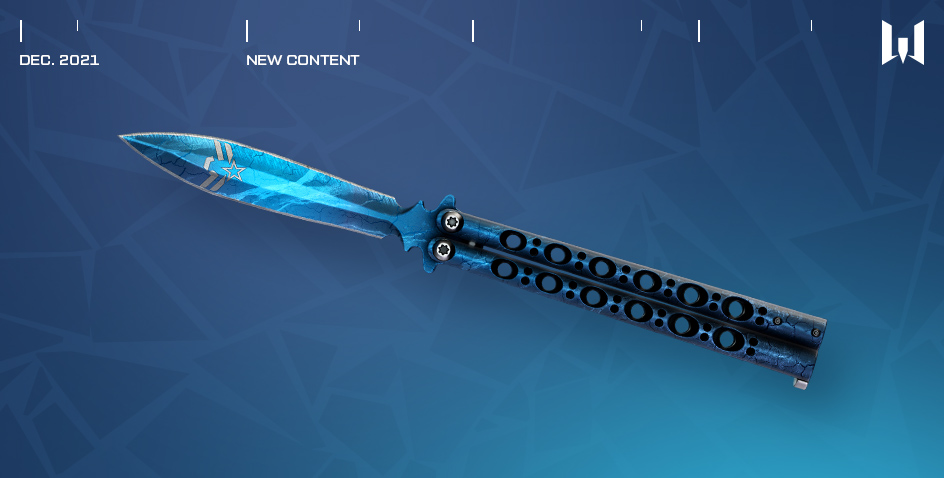 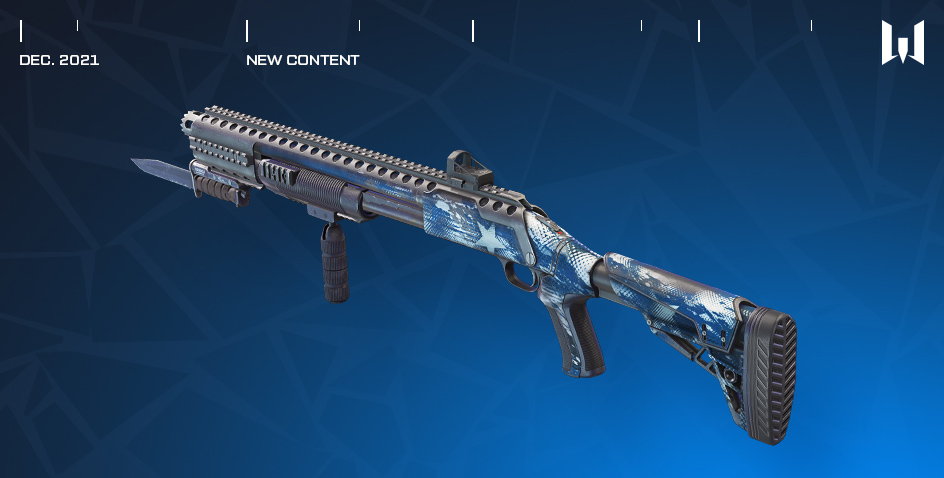 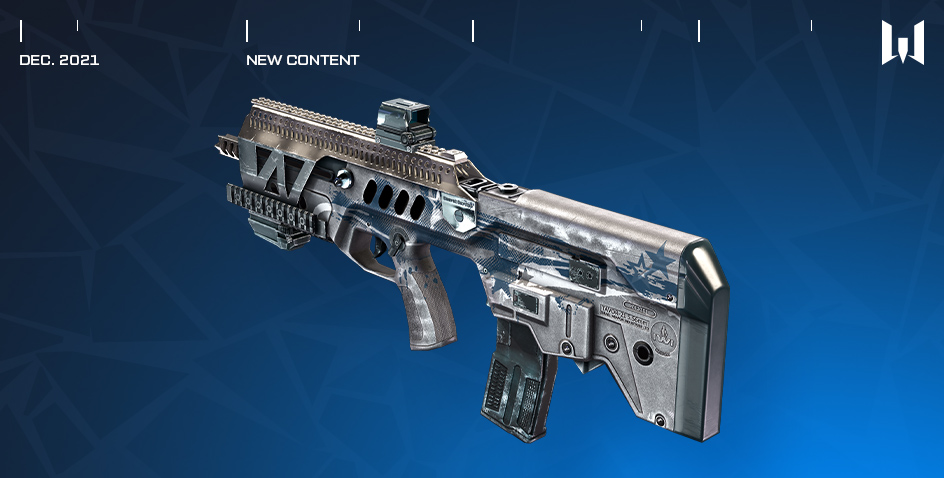 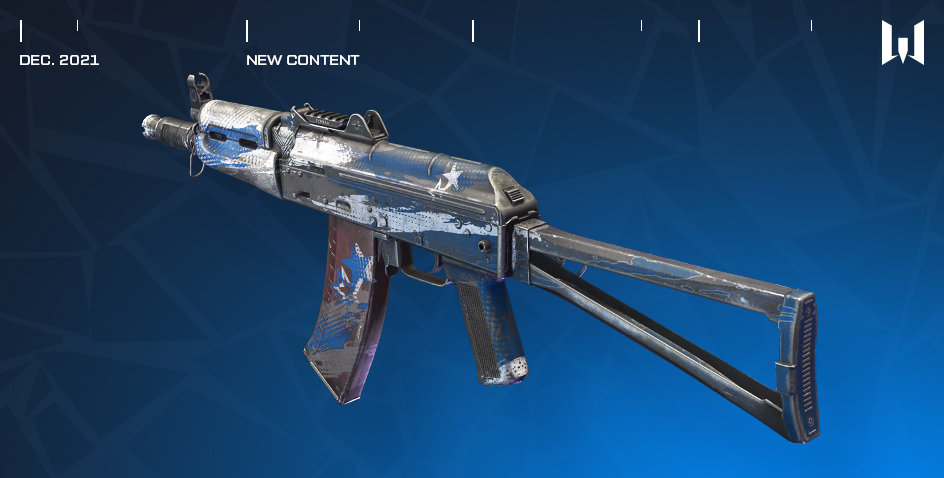 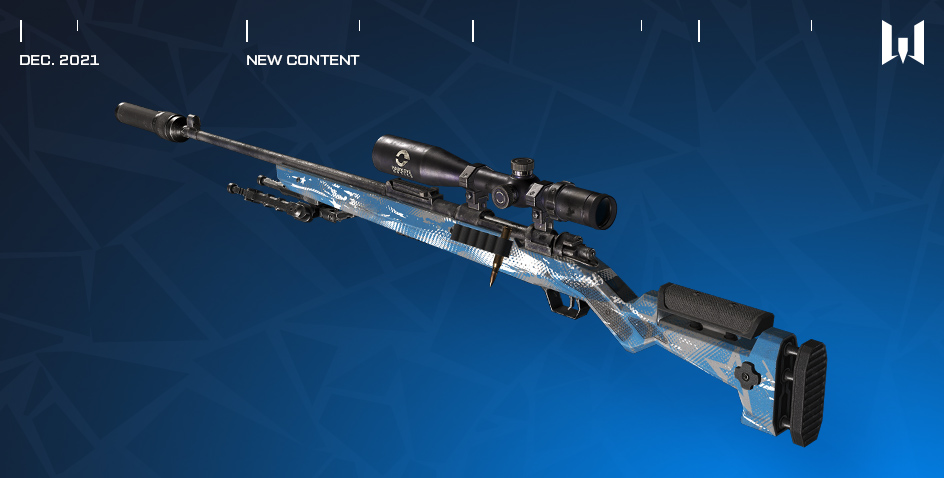 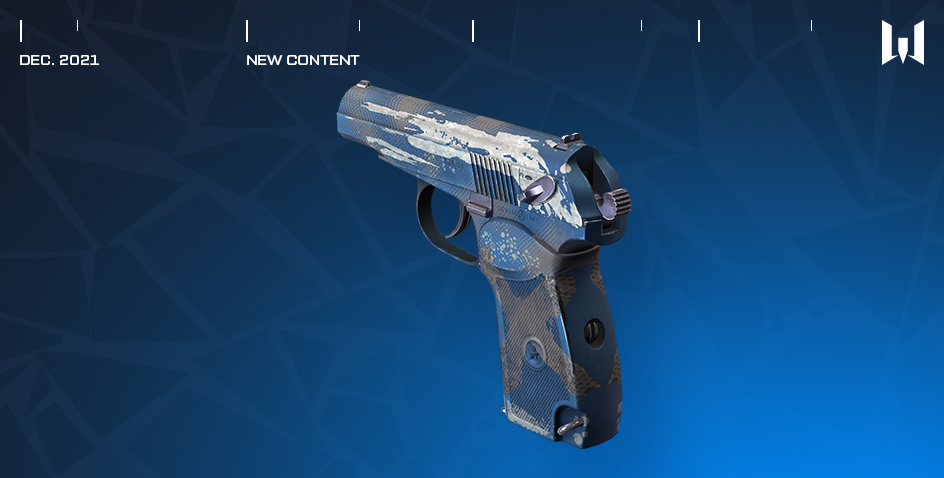 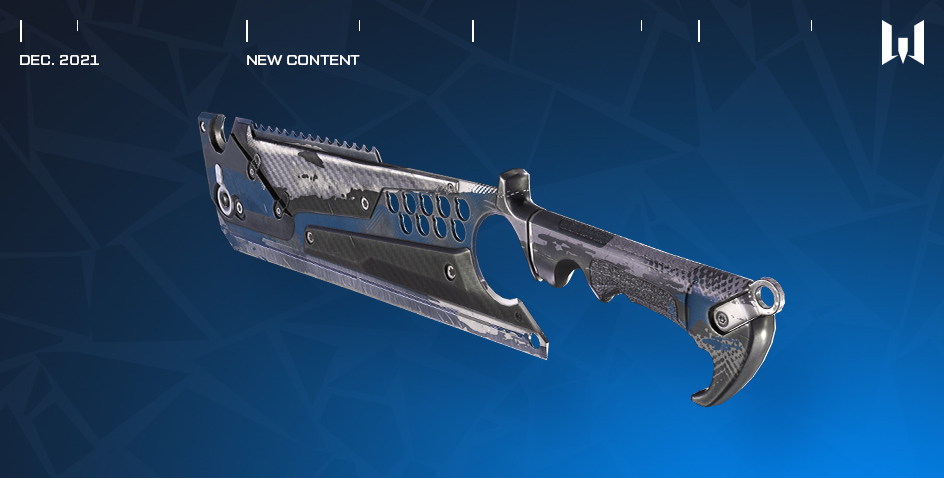 We are glad to present to you a new set of "Snowstorm" equipment. It includes items for each class. The more set pieces you equip, the better set bonus you can get.

The new armour will resemble the "Apostate" set thanks to great protection from bullets. Still, it will surpass it in terms of armour points, HP restoration, and an additional reduction in incoming damage to the body, offset by a slow sprint speed and no shooting efficiency perks. 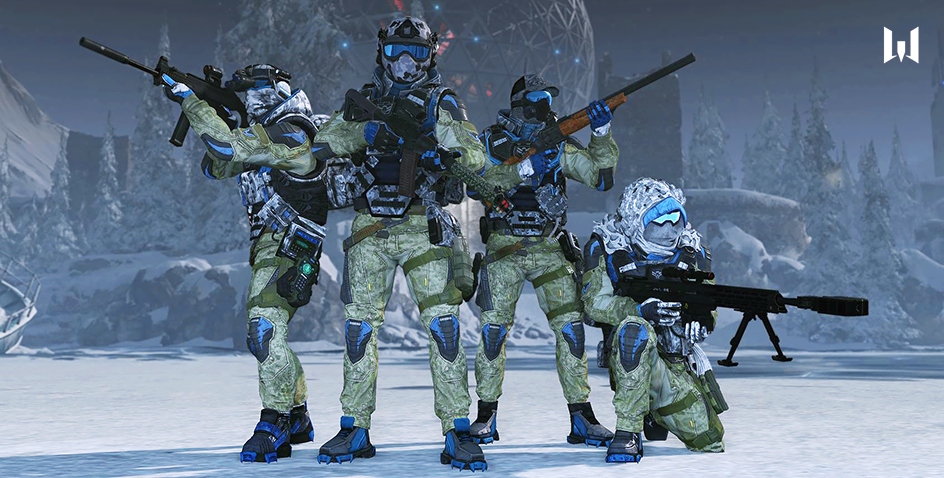 The "Snowstorm" gear is available in special contracts. Every player can activate them for WF$.

With a set of weapon charms and achievements inspired by the new season of the Battle Pass, you can decorate your favourite weapons and profile. You will receive new customization items when you unlock certain levels of the Battle Pass.